I was in Austin last week, and visit number three really sealed my love for the quirky capital of Texas. My husband and I spent a few days biking our way through the bar, restaurant and  food cart-lined streets that populate the unconventional beard-clad, music and food-obsessed city.

Austin seems to be experiencing a tremendous amount of growth. The downtown skyline is strewn with cranes and construction. It’s similar to the boom town vibe that’s happening in my new home in Portland. We stayed in the burgeoning area of East Austin where the juxtaposition of new retail/living spaces with old bungalows is not only notable, but reminiscent of what’s happening in NE and SE Portland. Much like Portland, the food scene in Austin is robust and not terribly expensive.

During this particular visit to Austin, my husband and I ate at some of the places that were introduced to me during my first trip eight years ago. My first Austin experience was with two girlfriends, both of whom attended University of Texas in Austin. They took me to places that held strong memories and feelings from their college days. One restaurant and bar we went to  held particular nostalgia for both of my friends, neither of whom knew one another in college. Trudy’s feels like one of those places that the majority of UT students have probably been to, and has changed very little since opening in 1977.

Among Trudy’s vast menu of inexpensive Tex-Mex food and cocktails, is a drink called the Mexican Martini. This is the cocktail for which Trudy’s is known, or so I’m told.  Because the Mexican Martini is about twice as large as a regular drink, customers are given the cocktail shaker and invited to pour the drink themselves. In fact, the cocktail is so strong that Trudy’s imposes a two-drink limit. It’s local, it’s strong, it’s full of flavor and ritual. The Mexican Martini seems to reign as the city’s signature drink, and after a couple of sips, I understand why.

It’s simple to make, easy to drink and full of flavor. Depending on whether or not you’re enjoying your Mexican Martini with a current or former Austin resident, it may evoke memories and stories. 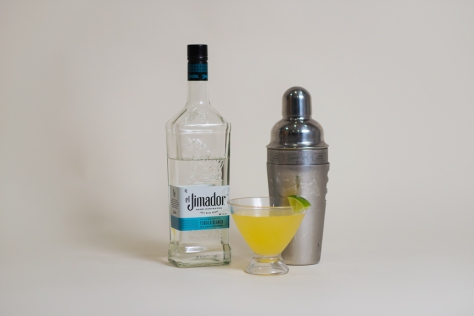 If you don’t want to splurge on Cointreau, Triple Sec is a less expensive alternative.

1. Shake all ingredients in a cocktail shaker and strain into martini glasses.