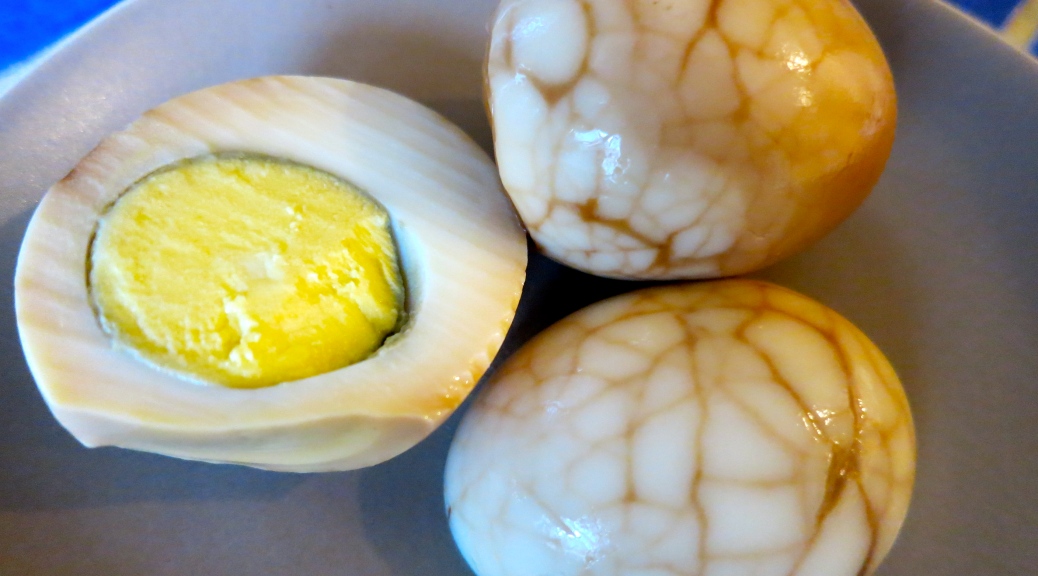 After eight years of hosting this party, I’d like to think we have it pretty dialed in. Dumplings, some sort of braised meat dish of my husband’s choosing that takes all day to cook, and I always make coconut mochi and lychee sangria. Crisp five dollar bills for the hongbao (red envelopes) to give the kids, mandarin oranges, you get the idea.

Despite the jokes about how white Portland is, and yes, it is, I held out hope for the seemingly vibrant Asian section of town for our party ingredient needs. This business district houses Asian markets, lots of Asian-owned businesses, and plenty of Chinese and Vietnamese restaurants and bakeries. We found our go-to Taiwanese/Chinese restaurant and figured they would give us good freshly made dumpling options to buy for our party and pan fry and boil to order at home. Thus started the Great Portland Dumpling Hunt.

We were told to try a Chinese restaurant that makes its own dumplings and also sells packages to take home. We went to the restaurant and ordered two different fillings, and had our own dumpling tasting. They were subpar at best, and my friend came across a strange piece of gristly pork in her bite. I was disappointed, but was hopeful that there was surely something better out there.

The following three days consisted of a meeting with a Chinese teacher from a local immersion school, walking into the office of Portland’s Chinese language newspaper, and talking to numerous people who work at Asian grocery stores and restaurants. I yielded no viable leads on dumplings. The people at the Chinese language newspaper were helpful and pointed me back to the original restaurant that served us the subpar dumplings. I politely thanked them for their time, and for being gracious for speaking to someone who showed up unannounced at their office.

Stay tuned for the outcome of the Great Portland Dumpling Hunt in an upcoming post.

So much for having our Chinese New Year party dialed in. Since things weren’t shaping up the way I had envisioned, I decided to throw caution to the wind, and add a new Chinese dish to our menu. Tea eggs are one of my favorite Chinese snacks. The eggs are stewed in a black tea/soy sauce/spice blend, and are a ubiquitous and cheap snack sold all around Taiwan and China in snack stands and convenience stores. My mother-in-law makes them from time to time, and as much as I like them, I’m not sure why I never tried to make them on my own before now.

I used a recipe that my father-in-law, who lives outside of Shanghai, wrote down for us when he visited us in California years ago. I filed the recipe away and never used it, until this week. My first test batch turned out well, and I’m excited to offer a new dish at our party. 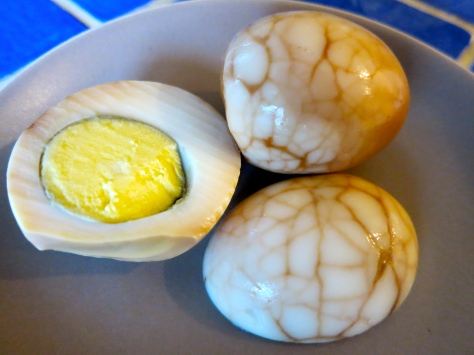 My father-in-law is adamant about using Lipton tea bags. Nothing fancy, just the old school yellow and red Lipton original. But you can use any type of black tea.

2 bags Lipton tea bags, or 2 tablespoons of any black tea of your choice 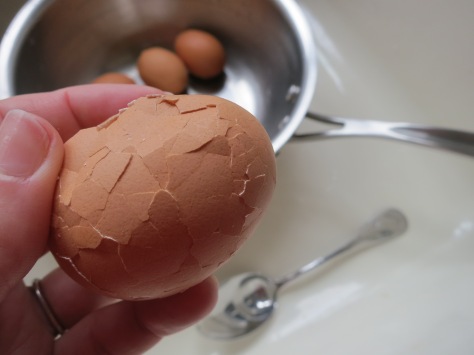 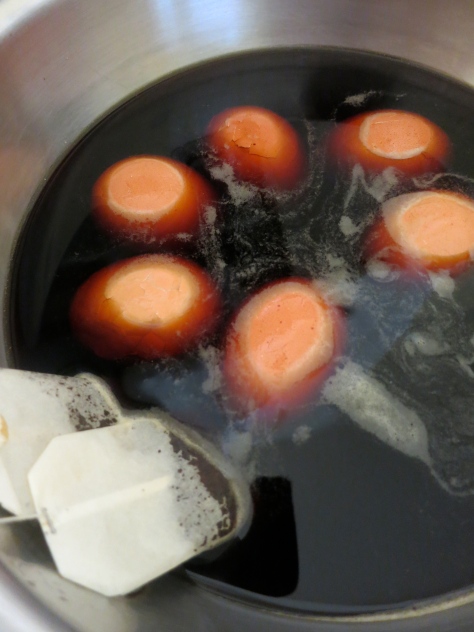 4. Bring to a boil. Turn heat to low and simmer for an hour or two, turning eggs if water gets low. The longer they simmer, the deeper the flavor. Leave eggs in liquid, as eggs will continue to absorb flavor. Refrigerate when cool. Store unpeeled, up to for up to 7 days in a tightly covered container. 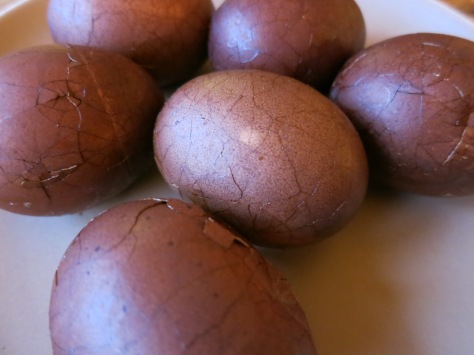 5. Peel and eat whole or cut in half for a protein laden Chinese snack. 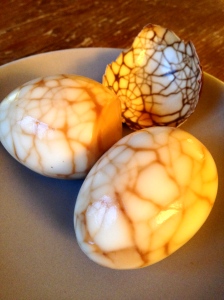