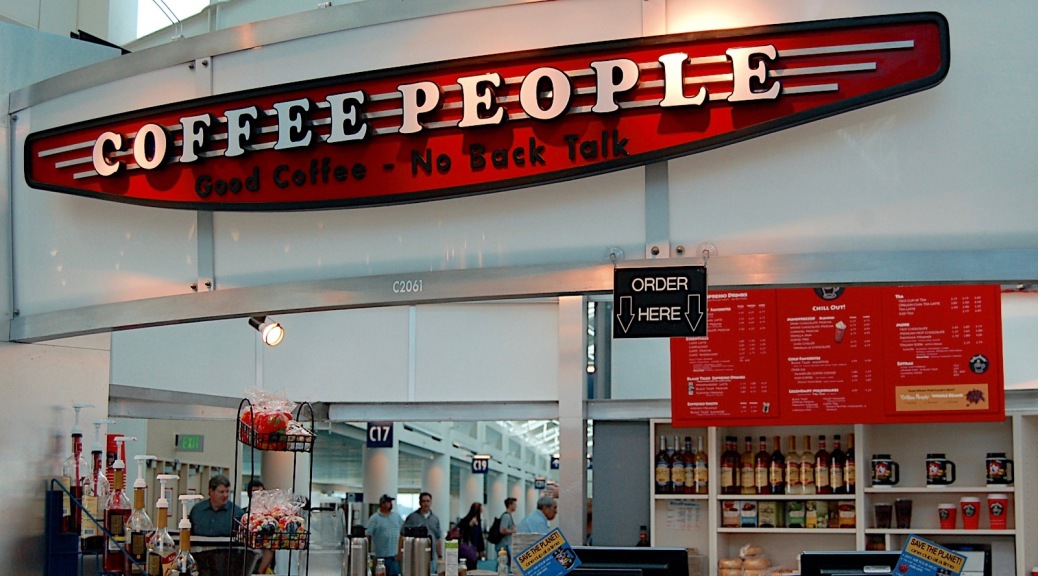 I happened to fly back from a trip to Chicago today, and couldn’t have planned it better. I landed at 10 a.m. and headed straight to my favorite coffee chain for a final cup of Velvet Hammer (Mexican mocha) before it closes for the final time tonight.

Since moving back to Portland for my second tour, my nostalgic pull is stronger than ever. It’s really easy to fall into the “that used to be one of my favorite spots” trap when driving by what used to be a Coffee People or Macheezmo Mouse location.

Was Macheezmo Mouse particularly good? No. Was it authentically Mexican? No way. Was their ‘boss sauce’ even a little bit Mexican? Nope. But dang that nostalgia gets me every time I drive by a former downtown Macheezmo location in close proximity to where I worked at NikeTown. Side note, NikeTown is now a Fogo de Chão, the all-you-can-eat Brazilian churrascaria chain.

I wasn’t drinking a lot of coffee in the late ’90s/early 2000s, I was way too poor for that habit.  However, I loved a once-in-a-while splurge at the local hippie dippy Coffee People chain. From the typography on the red-and-white sign outside to the playful names of the coffee drinks–Girl Power, Velvet Hammer, Black Tiger Espresso– Coffee People was pure Portland before the onset of Stumptown, Heart, Extracto and numerous others. I loved that I could always count on receiving a chocolate covered espresso bean with my drink. They made their coffee strong and kept their business mantra simple: Good coffee. No back talk.

Has the quality at Coffee People declined? Yes. Do I care if the quality has declined? No. Why, because I’m a sucker for my memories of savoring a Velvet Hammer and feeling really fancy. Remember, I was a 23-year-old just figuring out how to make my way into adult life in Portland. Apparently slurping caffeine was part of my rite of passage into adulthood.

Today there are far superior coffee bars and small batch roasters in town. They’re the type of places that are manned by baristas who can tell you where that single origin bean in the coffee you’re sipping comes from.

I’m definitely not a coffee purist. I’m perfectly content drinking my Coffee People ‘Good coffee. No back talk’ Velvet Hammer while I reflect on a time when Coffee People was the place to drink coffee in Portland.

Goodbye, Coffee People. It really does feel like an end of an era. At least it does for me.

3 thoughts on “farewell to coffee people”