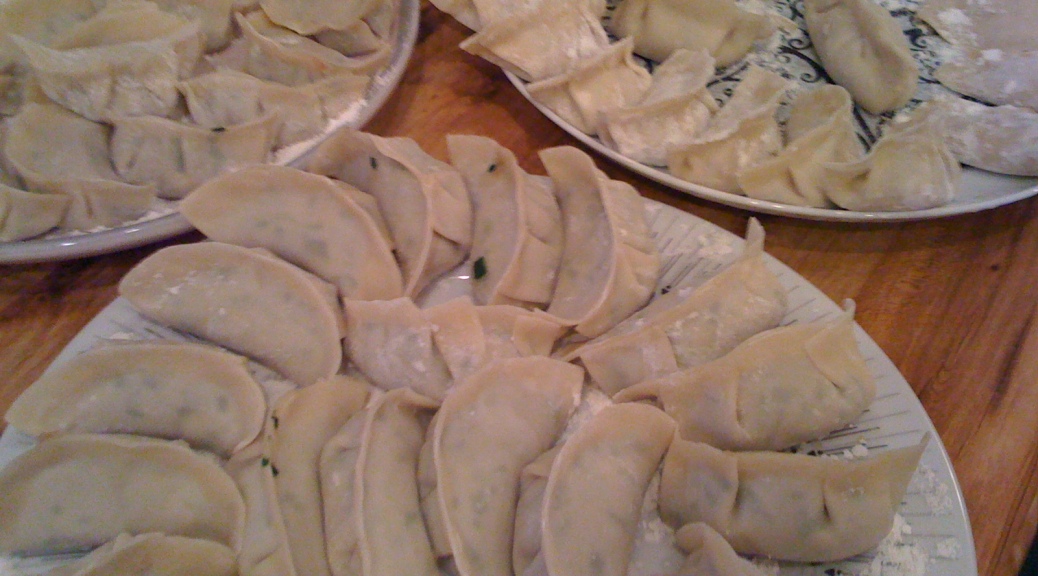 I have a friend who shares the same name as my husband. Both first and last name. Confusing? Sometimes. Hilarious? Definitely. I’ve accidentally tagged them incorrectly on Facebook and I have a note in my phone differentiating the two so I won’t embarrass myself with an inappropriate text to the one who’s not my husband.

My friend Henry works for a tofu and soy beanery called Hodo Soy. The company crafts artisan tofu made from organic, non GMO soybeans. If you’ve never tasted well made tofu before, you’re missing out. There is a huge difference in taste and consistency. From what I know about my friend’s company, Hodo Soy embraces community outreach. So when Hodo Soy was contacted by a Bay Area kids cooking school, they said yes to donating product, time and people to teach a class.

Henry contacted me to see if I would be interested in helping him teach the Sprouts Cooking Club class. It took me about five seconds to respond with a resounding yes. Helping teach young children to make stuff that involved Hodo Soy products sounded right up my alley.

Henry used to live in Ecuador, where he ran his own dumpling catering business. He has a talent for developing creative dumpling fillings and has mastered the art of making his own dough. A feat that not many try to achieve because buying pre-made dumpling skins takes less time. For the cooking class, Henry decided we were going to teach the kids to make their own dumpling dough. He also created a dumpling filling that involved the star ingredient of the day, Hodo Soy tofu.

The 10 children in our class had surprisingly sophisticated palates and their knife skills were amazingly good. The kids were asked to bring their own aprons, knives and cutting boards to class. One boy, who was clearly on his way to future chefdom, showed up equipped with a knife roll similar to what you see experienced professionals using. He was instantly my favorite student.

It’s amazing how time flies when you’re talking, teaching and cooking with a bunch of 8, 9 and 10-year-olds. The students learned how to roll out their own dumpling dough, make the filling and create beautiful looking dumplings. The kids were full of energy and inquisitiveness, and were very proud of their dumplings. In the end, their dumplings were not only nice looking, but also delicious.

I encourage you to try making the dough yourself. It’s a lot of fun to roll it out. Homemade dough also gives you more control over the thickness of the dumpling skin. However, I hold no judgement if you buy the pre-made skins.

The cilantro garlic oil is full of bright flavors and is a great accompaniment to the dumplings.

For the dumpling dough

1. Place flour in a large mixing bowl. Pour boiling water into bowl in a small and steady stream while constantly stirring the flour mixture with a spoon or chopsticks. Make sure all flour is evenly mixed in with the water. Should be fluffy loose mass of dough pieces and will be slightly dry, not tacky to the touch.

2. Let dough sit for at least 15 minutes. When mixture has cooled, add drips and drabs of the ice cold water while kneading to reach the right consistency, about five minutes.

3. Cover with a damp cloth and set aside for at least an hour. May be prepared the night before and kept in a ziplock bag in the refrigerator.

4. Quarter the dumpling dough. On a lightly floured work surface, roll each piece of the quartered dough into a 12-inch rope. Cut each rope into 12 pieces and roll into balls; sprinkle with flour. Working with 5 or 6 balls at a time, roll into 3 1/2 inch rounds. Brush the excess flour off of the rounds.

For the dumpling filling

For the cilantro garlic oil

2. Place all ingredients in blender or food processor and puree until smooth. Set aside and serve with cooked dumplings.

1. Spoon approximately 1 tablespoon of the filling onto the center of each piece of 3 1/2 inch dumpling dough round.

2. Bring up the sides of the dough, press and pleat the edges to seal the filling. Lift each dumpling by the pleated edge, transfer to a baking sheet and press down lightly to flatten. Repeat with the remaining dough.

3. You can freeze the dumplings on top of wax paper on small plates in your freezer. Once frozen, transfer to freezer bags and store for a couple of months. Note: Cooking instructions for frozen and fresh dumplings are the same.

1. Use a skillet that has a fitted lid. Make sure you have an appropriate spatula to scrape and lift the dumplings off the surface of the skillet. Cast iron and non-stick are the easiest for this method of cooking.

2. Fill a tall glass of ice water with 1 tablespoon of rice vinegar. Set aside and have ready next to the stove.

2. Heat skillet with a couple of tablespoons of vegetable oil. Once skillet is medium hot, place dumplings in the pan, placing them next to one another, but not touching. Cook dumplings uncovered until they become slightly golden on the bottom. When bottoms of dumplings start to become golden brown, pour a few tablespoons of ice water and rice vinegar mixture into skillet and immediately cover. Once water has cooked off, repeat once more and dumplings should be ready. When removing from skillet, make sure you don’t break the skin. Use a very flat spatula.

One thought on “knife-wielding children and tofu”